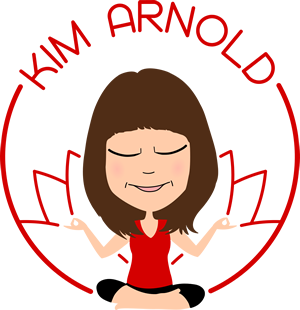 Kim Arnold is a professional Teacher & Reader of Tarot, founder of the UK Tarot Conference, Psychic Café network and Hay House author, Kim is also the author of the accompanying book to Victoria Frances Gothic Oracle (Lo Scarabeo). She is a regular columnist in Take a Break – Fate & Fortune magazine as well as assistant editor of her own magazine The Esotoracle in partnership with Steven Bright.

Kim began her journey back in the early 90’s with new age shops in Kent called Enchantment,  It was during the 10 years of being a shop owner she realised she had a unique ability to bring people together.  She began a promotional company called Akashic Promotions which bought authors and speakers from  around the world to host events.  This was a wonderful period in her life, but the realisation that things have to change to move on, there was another plan in progress.

In 2005 Kim launched the Psychic Café, designed to enable people from any walk of life to dip in to the mysterious world of psychic development.  The aim of Psychic Café is to provide a relaxed and friendly sociable atmosphere whilst removing the mystery, showing that anyone can develop psychically.

In 2003 Kim was responsible for launching the prestigious UK Tarot Conference  by gathering together the world’s most respected Tarot authors, artists and teachers. It was time for Tarot to come out of the shadows and in to mainstream respectability.  The conference is now in its 17th year is rated as one of the best in the world. The conference is highly successful and draws both speakers and attendees worldwide.  Kim’s passion for tarot continues to grow as she works tirelessly to remove the negative image of tarot and enlighten people with the knowledge and wisdom of this ancient craft.

Testimonial: Just a quick note to THANK YOU SO MUCH for the reading you gave me yesterday.  With so much information you gave me to take in has left me absolutely bewildered and astonished at your accuracy.  I can’t thank you enough.  I will look forward to my house move with new vigour instead of fear for the future – and who knows I may even  get my little friend/companion – a french bull dog i’ve been wanting.  I met a man with a French bull dog puppy and he gave me the name of a reputable breeder – so all things are slotting into place just as you said – even a Meditation group YAY! Thankyou DP

Her client list includes high profile celebrities from around the world of fashion, film and TV for whom she holds regular sessions. The Tarot has enabled her the privilege of meeting the most wonderful people from all walks of life and has helped to guide them through difficult times.

Over the last few years she has been involved in working as a tarot specialist at Pinewood Studios and on location on the Universal Studio movie ‘The Wolf Man’ where Kim worked with Geraldine Chaplin advising her how to use the tarot as preparation for her film role. Her skills are often called upon.

Following this, she hosted a one woman show ‘Is This It’ at The Barons Court Theatre London to a packed house, demonstrating the Tarot and  peppering the evening with amusing anecdotes of her time running a new age shop.  The show attracted rave reviews.

Kim has been aware of her psychic abilities since she was a child. Her readings are uplifting, motivating, positive and reassuring, even when it may feel like the odds are against her client’s, her cards help to guide them through life’s challenges to find a better way forward.

Movie: Advisor to Geraldine Chaplin on the Universal Studio Movie The Wolf Man